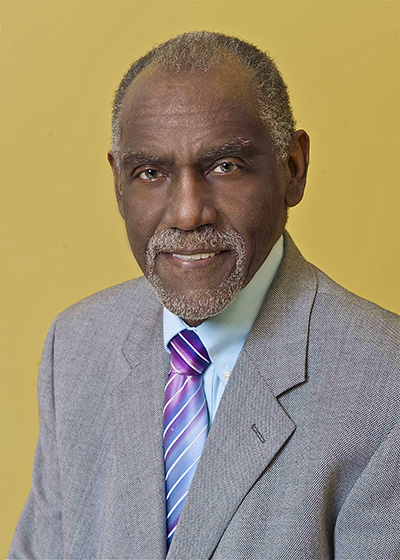 The KTSU Development Department engages in one primary function; to educate people about what public broadcasting is and solicit support for it. KTSU was born out of a need to deliver to the public content that wasn’t being received anywhere on the local radio dial. Almost exclusively, the reason the public doesn’t receive certain programming or music genres is monetary. In other words, if it doesn’t make money commercial stations are not interested in it. That’s why jazz, gospel, reggae, blues, local news and NPR programming have always been a stable of KTSU. The public wanted it. Although public radio gets some support from the government – usually about 14%, the rest (86%) comes from the public through personal or business contributions.

Larry joined the staff of KTSU in 2001 and has moved from Development Executive to Development Director with one main focus: to tell KTSU’s story as public radio and to increase revenue and exposure of this treasured institution. Larry’s background includes experience as a graphic artist, radio-TV newsman, professional actor, salesman and PR Director. He was cited in the 2008 Black Who’s Who of America in the media section as KTSU Development Manager.  And in 2011 was inducted into the Texas Radio Hall of Fame.

He is a native Houstonian, a graduate of Phyllis Wheatley High School and attended the University of Houston as an art major. But his college pursuit was put on hold as he served his country during the Vietnam War. He returned and excelled in graphic arts breaking the color barrier at corporate companies while working as an art director and assistant advertising director. He switched careers from art and began a radio career at KCOH and KYOK. He was recruited as a sports director by Houston’s leading “top 40” radio station (at that time), KKBQ, formerly KULF. He added TV to his resume becoming the first African-American in the Houston market to sit in front of the camera as a studio news anchor at KHTV Channel 39 in the early 70’s. He went back to college and while working full-time, put himself through college and graduated from Texas Southern University in 1986 with a BA in Communications. Larry was working as a weekend and overnight news anchor for the city’s largest news-talk radio station 740 KTRH before moving to the executive side of radio at KTSU.

His diverse background is utilized almost daily with duties that includes voiceovers, hosting or co-hosting KTSU events, on-air shows and handling the delicate balance of pleasing clients while meeting the challenges of generating revenue for KTSU. Larry has implemented numerous policies and procedures while improving the operation of the development department.