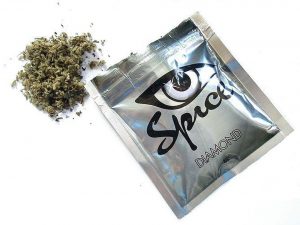 Recent news reports throughout the United States have noted numerous cases of drug overdoses that have impacted individuals from every walk of life. The culprit of these overdoses has been synthetic marijuana, “aka” as K2, Spice, Kush and AK47, all of which has proven to be a risky proposition when used. According to a July 19, 2018 press statement from the FDA (Federal Drug Administration): “There are significant health risks of contaminated illegal synthetic cannabinoid products. They are aware of reports of severe illnesses and deaths resulting from the use of synthetic cannabinoid (marijuana) products that have been contaminated with brodifacoum, a very long acting anticoagulant commonly used in rat poison.” In 10 states including Texas as well as the District of Columbia, hundreds of people have been hospitalized with severe bleeding; more importantly, some people have even died from the use of synthetic marijuana.

Statistically, approximately 7% of high school seniors and some 17% of adults have tried synthetic marijuana. The drug is cheaper than the real thing, easily purchased and for some a very potent alternative. Opening a packet of synthetic cannabinoid you see dried vegetation that looks like marijuana. The leaves and stems can often come from psychoactive plants that have been treated with heavy metals, pesticides, mold or salmonella. The consequences of using these substances can be horrendous. There have been numerous reports of people having trouble breathing, adrenaline rushes and inflammation of the lungs, all of which have required emergency treatment to avoid complications.

Synthetic marijuana is often manufactured in foreign countries where there is a real need to crack down on illegal drug activities. Cooperative efforts amongst shipping companies and countries most affected by this illicit drug are being asked to do more to control its flow into the United States. However, as long as natural marijuana continues to be illegal, the drug of choice and hard to come by, the demand for synthetic cannabis will continue to exist.