Shelley Wade announced as official “voice” of The Vibe

HOUSTON – The streets of Houston have proudly not stopped talking since news released that the legendary “miggety-miggety-miggety-miggety” Mad Hatta was helping to lead an all-star team of heavy hitters for the launch of KTSU’s new “The Vibe” channel.

With Walker and Hatta at the forefront, a behind-the-scenes team of go-getters include Holly Charles (marketing and community relations director) and Nakia Cooper (news and digital media coordinator).

But “mum” was the word on who would be the “voice” of the station. Fans no longer had to wait as it was revealed during the Labor Day Weekend Takeover that Houston’s own Shelley Wade would be blessing the mic.

“When Mr. Walker gave me the opportunity to do the station, the most important thing to me was the imaging and the voice of this new endeavor and I said, ‘I have the person,” Mad Hatta explained during an interview with Wade and his former team members. “And so I got Shelley Wade to do some stuff for me so I could hear what it would sound like and I thought, ‘You weren’t wrong Big Dog. This is perfect.’”

Wade is no stranger to Hatta and the crew. She was also part of his original morning show lineup.

Adding to that, her roots run deep in the KTSU family.

“I studied radio and TV at Jack Yates High School, but at the time I was still dreaming of being a Grammy Award winning singer,” Wade said. “It wasn’t until I got to Texas Southern University and I started interning at KTSU when I got the radio bug big time. I was like ‘Oh my God, I think I want to pursue this as a career.’”

Wade said her mentors at KTSU helped her lay the foundation for her future, and thanked Hatta for bringing her aboard. 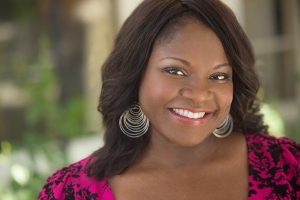 “The radio career I’ve had thus far, none of it would have been possible without the foundation I got at KTSU, so for you to bring me back as the voice of The Vibe, this is really a full circle moment for me,” Wade told Hatta. “KTSU and Texas Southern really has a place in my heart.”

Ironically, Walker and Wade are former JY classmates. The GM sang Wade’s praises, along with all of the other homegrown talent who took part in the weekend activation. A plethora of Houston’s finest artists showed up, showed out and showed love for what is shaping up to be the hottest music enterprise to hit the streets.

“When we say ‘Houston culture,’ we had artists including Slim Thug, Paul Wall, Kam Franklin of the Suffers, Z-Ro, Lil Flip, Tamar Davis, Ken the Man and Surreall, and on Monday, we had all the local DJs doing a 12-hour mix,” Walker said. “I love that we are really incorporating all the great talent in the city, with music that you’ve never heard from some of our local artists. That’s what we are about as an HBCU public radio station.” 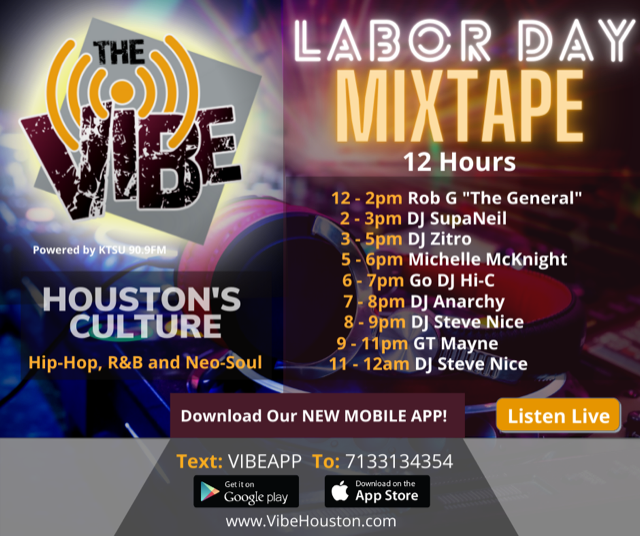 Wade feels it’s time for some positive news in the community.

“With COVID and all of the suckiness that has been 2020 so far, it is just good to hear all the happiness and I am sure that Houston listeners’ spirits are really brightened by listening to you guys,” she said.

After giving a taste of what’s to come, Mad Hatta told listeners how they can stay connected.

“Thanks for allowing us to take over your airwaves, but now back to your regularly scheduled programming. The Vibe continues in its new capacity as a music streaming channel that I will be curating Monday through Friday, 365, 24/7. You can check it out, all you have to do is download the app,” Hatta told his social media fan base. “Generally the app is always on and rocking, but in the evening time, we will be on 90.9 fm KTSU from 8 p.m. to 5 a.m. Monday through Saturday. For the most part, we’re streaming, we are digital and we are doing what we do.”