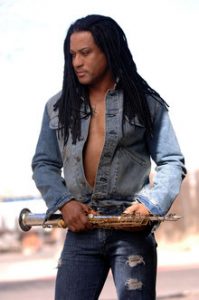 Meadows was born in West Virginia and grew up in Stamford, Connecticut. He began playing the clarinet and studying classical music at the age of nine. He started playing tenor sax in high school, and then migrated to soprano sax. His passion for various types of music led him down an eclectic musical path. In 1990 Meadows submitted a solo project to Steve Backer at Novus/RCA and was signed to a recording contract, thus marking the beginning of his solo career. Meadows’ first RCA release “For Lover’s Only” was a huge success and was followed by his ground breaking “Keep it Right There” album. He became a staple of the contemporary jazz format with his subsequent recordings, which include Body Rhythm (1994) and Forbidden Fruit (1996), Passion (1997), Another Side Of Midnight (1999), Next To You (2000), In Deep (2002), Players Club (2004), Dressed To Chill (2006), Secrets (2009) Whisper (2013) and Soul Traveler his current release on the New York based Shanachie Label. 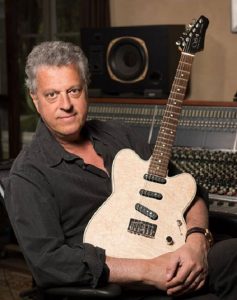 The term “Renaissance Man” dates back to the time of Leonardo da Vinci, who was described as a man of “unquenchable curiosity” and “feverishly inventive imagination.” Paul Brown’s four decade journey through the worlds of pop, R&B and jazz is the modern day musical equivalent. Starting as a drummer, he became an engineer for R&B legends (Diana Ross, Luther Vandross, Aretha Franklin) before evolving into a two time Grammy winning urban jazz producer (with over 60 #1 radio airplay hits) and finally a popular guitarist, artist and performer in his own right.

When a wild force of musical nature who has two Grammys, over 60 #1 radio airplay hits for himself and other artists and seven previous hit solo albums over the past 12 years says he’s still “evolving and trying to find himself as an artist,” we best perk our ears in expectation of something bold and fresh. After all those accolades and over a thousand live performances, Paul Brown remains joyously restless – and the only place for him to go is deeper into the music that’s driven his life from the start, the blues. While his new Woodward Avenue Records release One Way Back is not a blues album per se, the guitarist’s definitely got those influences as an undercurrent throughout these eclectic ten tracks.