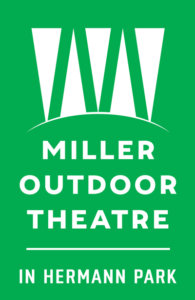 Be a part of Miller’s beloved blues and creole music festival featuring The Soul Rebels!

The Soul Rebels started with an idea – to expand upon the pop music they loved on the radio and the New Orleans brass tradition they grew up on. They took that tradition and blended funk and soul with elements of hip hop, jazz and rock all within a brass band context. The band has built a career around an eclectic live show that harnesses the power of horns and drums in a deep pocket funk party-like atmosphere.  The Soul Rebels continue to chart new territory as they feature in major films, tour globally, and combine top notch musicianship with songs that celebrate dancing, life, funk and soul.

This is a ticketed event for the covered seating area. Free tickets are available (4 per person over age 16 while they last) at the Miller Outdoor Theatre box office the day of the performance between the hours of 10:30 AM-1:00 PM. If tickets remain at 1:00 PM, the box office will re-open one hour before show time to distribute the remaining tickets. As always, open seating on the hill. The shows goes on rain or shine.

Opening for The Soul Rebels will be Houston’s own Annika Chambers. Citing the gospel influences of Yolanda Adams, Shirley Caesar, Dottie Peoples and Whitney Houston, she was nominated by the Blues Music Awards as a “Best New Artist” in 2015. With a powerhouse voice, Chamber’s band blends blues and soul with a style that has made her a rising star in the global blues circuit.