Though some have criticized Dave Chappelle’s two new Netflix specials as being out of touch with the times, others argue he has reclaimed the throne as the “King of Comedy,” a claim backed up by Netflix’s claim regarding viewership numbers.

In a letter to shareholders, Netflix wrote that out of 17 comedy specials they released in the first quarter of 2017, Chappelle’s dominated.
“Early results are promising; the triumphant return of a comedy legend in Dave Chappelle: Collection 1 was our most viewed comedy special ever. We are also finding this to be true in international markets as well.” 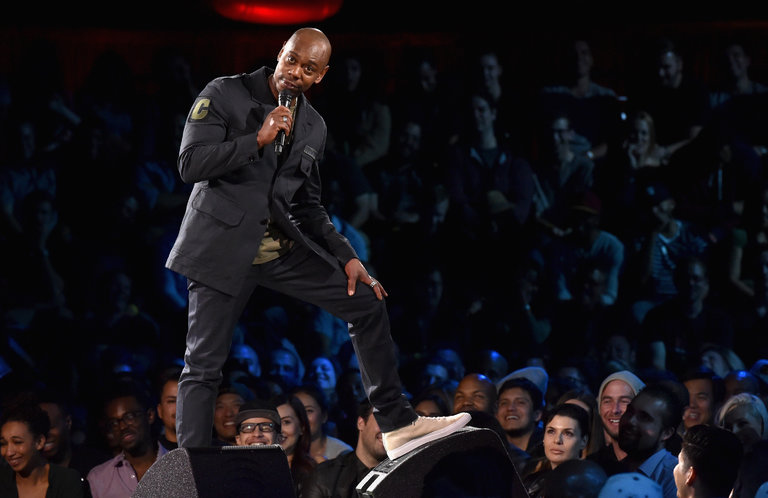 The video streaming service has been invested heavily in cornering the stand-up comedy specials market.

“There’s always been an interest in stand-up comedy,” said Netflix content chief, Ted Sarandos. “It was actually back in our early original content days and the red envelope entertainment, it’s all we did was produce original stand-up comedy and acquired documentaries and foreign language films. Always had good luck with it, just on a very small scale. And the format lends itself really well to what we’re doing … it’s uncensored, it’s commercial free, and that allows for a lot of creative freedom. And the fan base for these folks is very big.”
Many view this news as a victory over political correctness, and a welcome trip down memory lane to the days when Comedy Central’s “Chappelle Show” ruled the airwaves while poking fun at race, culture, and politics.

Still, others feel Chappelle and his material is stuck in the past.
“I hoped that Chappelle, now entering his mid-40s, would have used his signature slyness and world-weary insights to tackle subjects more daunting than the low-hanging and dated comedic fruit of trans people, rape, and famous Black men (O.J. Simpson and Bill Cosby) accused of horrific crimes against (mostly) white women,” said Damon Young in GQ.

Still, the Netflix numbers suggest that there are more than enough people enjoying Chappelle’s return to the stage to consider it a victory for all involved.