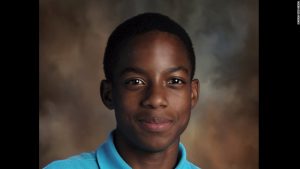 Amid the mourning of the senseless death of Jordan Edwards, a 15-year-old boy recently shot in the head by a police officer in Balch Springs, a Dallas suburb, the city’s police chief Jonathan Haber said new evidence showed the killing did not unfold the way the authorities had originally claimed.

The Balch Springs Police Department said Sunday that the now former officer, identified as Roy Oliver, a six-year veteran of the Balch Springs Police Department, fired on a car carrying the teenager, a freshman at Mesquite High School in nearby Mesquite, Tex., because the car was reversing down a street toward the officer in an “aggressive manner.”

However, Haber told reporters at a recent news conference that video showed the opposite. He said the officer fired when the car was “moving forward as the officers approached,” according to The Associated Press. The Dallas County medical examiner’s report ruled the death a homicide caused by a “rifle wound” to the head.

Oliver, a six-year veteran, was fired for misconduct. More specifically, according to the department, Oliver was fired because he “violated several departmental policies.” Haber told reporters he couldn’t specify what policies were violated because Oliver can appeal his firing. Days afterwards, amid a national outcry for justice, Oliver was arrested for murder. He has since been released on bond.

Lee Merritt, a lawyer for the Edwards family, praised the police chief for his willingness to admit the department’s mistake and called the new account “a big deal.

“There were no weapons involved; there was no aggressive behavior; these were not suspects,” Mr. Merritt said in a telephone interview. “The lone motive they had for the murder was that the vehicle was being used as a weapon, and now that is no longer there.”

In an impassioned plea made on the Tom Joyner Morning Show on Thursday, May 4, writer/activist Shaun King listed the horrendous indignities endured not only by Jordan Edwards, but by his entire family. Prior to Oliver’s actual arrest, King urged area authorities to arrest Oliver for murder.

“There are two people who can arrest [Oliver] right now; the chief of police of Balch Springs and the Dallas County district attorney, a Black woman, a Republican—Faith Johnson,” said King. “If anybody did what happened to Jordan in any other capacity, or if anybody did what they did to Jordan to a police officer, they would have been arrested immediately. There’s body camera footage of all of this. There’s no need to delay the arrest.”